Back to the Basics of Safari 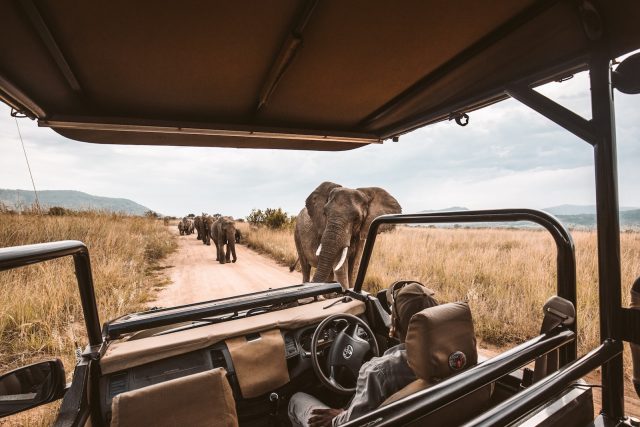 Safari in Swahili primarily means “journey”, normally pertaining to hunting for survival and exploration of lands that may be turned into communities by the local tribes. However, in the modern sense, safari seems to have changed its meaning into discovery and adventure amidst wildlife and nature and the habitats of animals, birds, plant species that thrive in the vast pieces of land.

The most common form of safariing is taken by means of walking which are designed specifically for hardy people.

Hardy are the natives here and so they were adopted to the forms of living. They maintain walking trails that explorers use until these days.

Nonetheless, with the advantages in transportation modes of safariing are becoming more and more comfortable which features hot air ballooning, fly-in safaris, driving safaris, canoeing safaris, horse back riding safaris, and elephant back safaris (Oh how exciting is that!).

As for the categories, African safaris normally offer three basic types namely permanent tented safaris, lodge safaris, and mobile safaris. Nonetheless, if couples would want to avail of the honeymoon safaris, they may be granted the choice.

One complete safari that will travel from the East region towards the Southern parts take around 10 to 21 days.

If you are planning to make an African safari adventure, it would be best if you avail of a local tour operator or an experienced specialist so you would have the assurance that they know all the know-hows.

It is vital that you also have knowledge of some practices, cultures and etiquette so you would be able to avoid mishaps with the local people. For your safari package, never forget some essentials like meals, accommodation, transportation, driver/guide service, excursions and the likes.

There certainly is an overwhelming, endless arrays of choices for safari travel.

There are hundreds of conservation parks and wildlife sanctuaries, continuing display of life and death dancing as the game goes on between the prey and the predator, marvelous places to witness, vast savannas, camping grounds and plant and animal species.

Visiting African safari is more like visiting another planet when we perceive it against the modern day sense. It is home to thousands of species that are only found in Savannah. It offers sights that may only be seen in its confines. It displays activities that we don’t normally see everyday. Desserts and mountains that are out of the context of what we typically understand. And unique cultures that mark how rich African history is.

It is like Africa and its safaris are the remembrances of how the sixth day of creation looks. It is the living remembrance of how the Creator intended things to be. The perfection, the diversity, the coexistence between man and his nature and the life that surrounds everything.